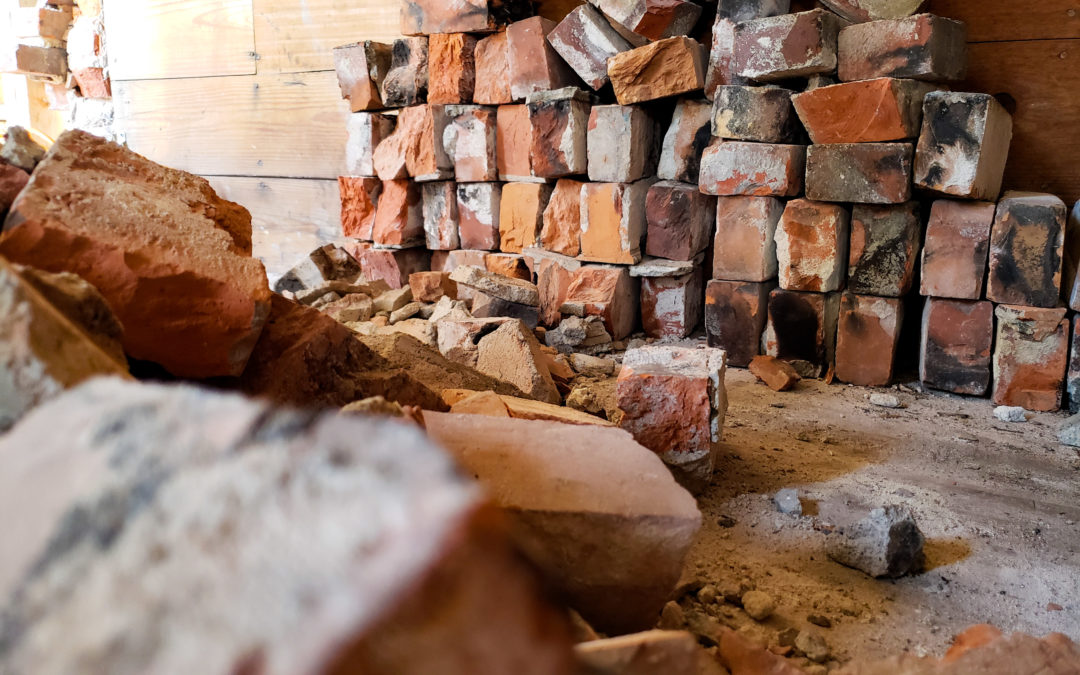 As previously mentioned on these pages initial Demolition work on the 310 Huron Ave building began in earnest on October 19, 2020. Since that time much has taken place towards the renovation process. Listed below are some fun factoids, and lots of pictures, plus a status update as to where we sit today. Also of note we are taking great pains to ensure that any and all material that can be recycled/ repurposed into the new structure remain as part of our effort to keep this historical building as original as possible.

– We have received 3 truck loads of cement for the interior of the building, forming new ADA ramps for the walkways downstairs, new entry way for Huron Ave., and the foundation for the elevator shaft in the basement.

– The entire roof that was installed from back in the late 1800’s all the way to the last roof installed was removed entirely, and has been replaced with new insulation, 7” thick, and is being covered with a duralast membrane covering.

– There is currently an elevator shaft being built that starts 8’ below the basement and will run all the way to over 4’ above the roof line. This elevator will eventually service the basement, main floor, and the second floor.

– The new “Grand Staircase” was cut into the main floor back in early February and is one of the most dramatic changes made to the interior of the building itself. This staircase will allow for customers access to the basement in the future where the Beer and Wine cellars will be located.

– Work continues on framing of the upstairs offices, while also framing up the main floor offices and bathrooms.

– Most of the original windows have been replaced with just a few left to change out on the 2nd floor facing Huron Ave.

– We are recycling over 10,000 bricks that were originally used in the chimney stacks, and two walls that were torn down to make room for the elevator in the basement.

We will give another solid update in the coming weeks once we are able to show some of the other activities coming to a close. At this current rate of construction it is most likely this project will probably finish out in the late fall.